From Lucas do Rio Verde, Mato Grosso
to Miritituba, Para 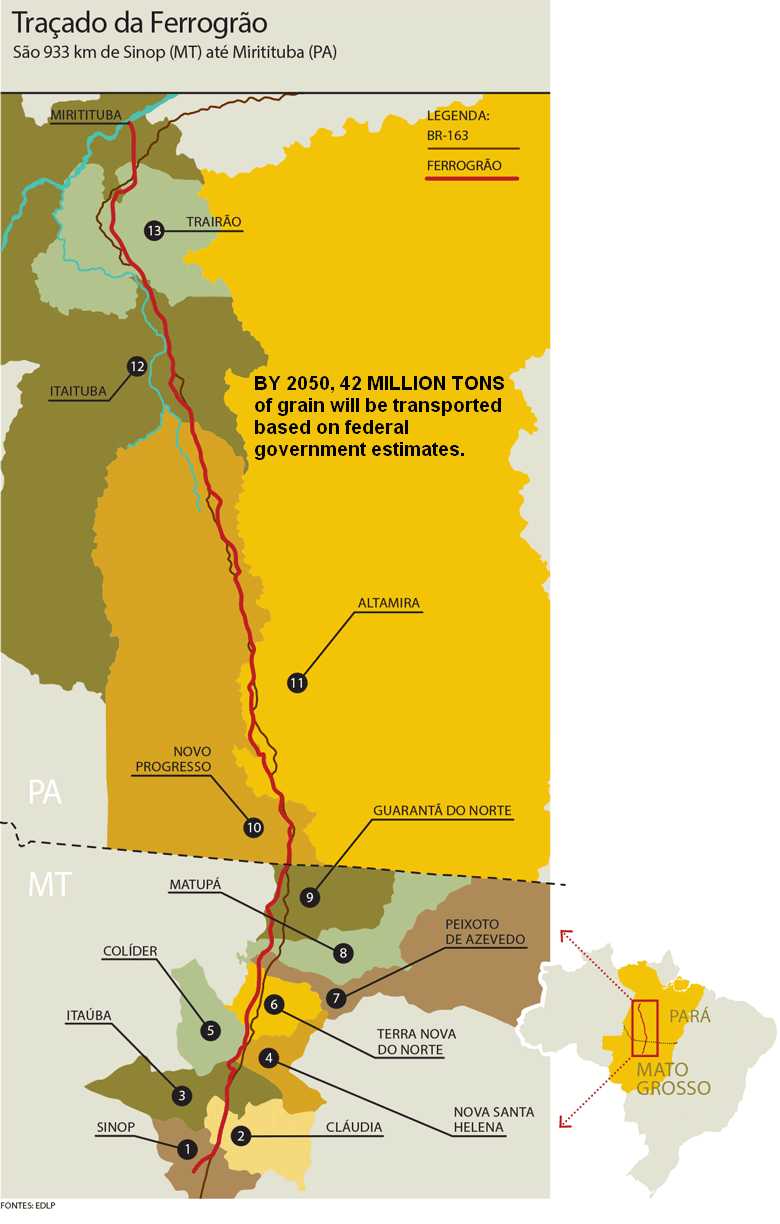 I was told this about 10 years ago by locals when I asked what the best route would be going north from Rondonopolis. From a topography perspective, it would be easier to keep the rail on the flat Sierra instead of descending into the Pantanal and then needing to climb back out again going north.

I have known about the plot of land that Rumo has acquired near Nova Mutum since early 2020. I believe the local mayor has promised Rumo a plot of land near town if Rumo puts in a dry port to unload trucks and load trains.

The funny thing is that no one in Cuiaba seems to be aware of this detail and yet investors in the northern hemisphere seem to know about this new business model by Rumo.

The fear is that the railroad extension will bypass Cuiaba and head directly to Nova Mutum.

I really do not care where the railroad goes as I see any railroad into the area as a miracle.

I was at the announcement of the EAST/WEST railroad in Lucas do Rio Verde in March 2010. To date, nothing has happened.

We also have the concession auction for the GRAIN Railroad set for early 2021. This is a track from Sinop to Mirituba, Para. Many entities are interested in this route to the Amazon.

The question: Is there enough production to support one, two or maybe three railroads in the future? Given the rapid expansion of corn ethanol mills in Mato Grosso and the need to hold corn year around, will the volumes be there to justify the extensions and new tracks? One railroad is a given. 100% yes!!!!!

However, two or three railroads would be nice for both incoming and outgoing volumes in the future. The question is this a 5 year time horizon or 50 years?

There is a grand chess game being played by Rumo, politicians, farmers, and investors.

Who is going to checkmate whom?

I follow this regularly and keep my clients up to date on volumes north vs south.