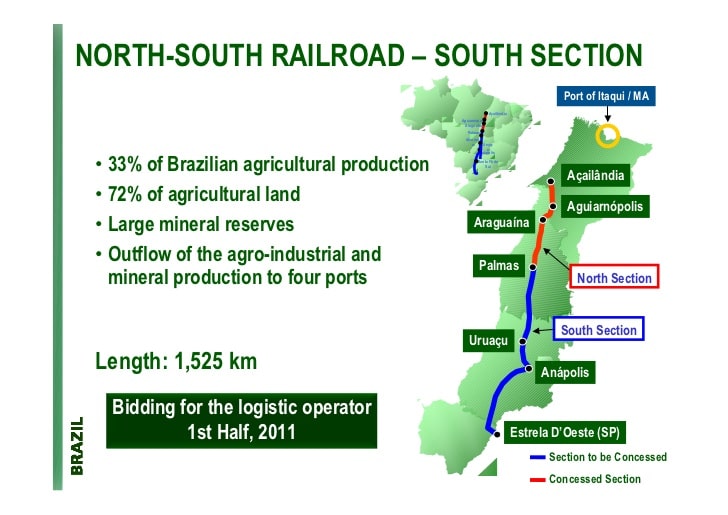 7 MAY 2020
(Reuters) - Brazil's Itaqui port, from where more than 10% of the country's soybeans were exported last year, has not been affected by lockdown measures imposed this week in Maranhão state due to the novel coronavirus, an official said in an interview on Thursday.

Port activity is considered exempt from the order and personnel, rail services and trucks continue to have normal access to the port area, said Ted Lago, the port's president.

He said grain export volume was set to rise at Itaqui thanks to the resilience of the domestic farm sector.

Itaqui projects a 16% increase in January-May grain exports to 4.3 million tonnes, mainly soy, driven by a weak Brazilian currency. It also forecasts a 65% rise in fertilizer imports for the January-May period, to 986,000 tonnes, as Brazilian farmers buy more in advance for the 2020/2021 harvest, Lago said.

"Even with a grim outlook for the state of Maranhão's economy, the port has held strong," Lago said.

Maranhão's capital São Luis, in the area where the port is located, became Brazil's first major city to begin a coronavirus lockdown this week.

Though the lockdown temporarily halted port expansion work, this should be completed around July, increasing the port's total grain handling capacity to 19 million tonnes, Lago said.

In addition to grains, Itaqui can move minerals, fertilizers, fuel and wood pulp consignments. Because global demand for N95 respirators increased amid the COVID-19 pandemic, so have wood pulp exports via Itaqui, Lago said, alluding to the raw material used to produce the protective equipment.

More than 60 companies operate at Itaqui, including multinationals Glencore, Vale, Louis Dreyfus and Toyota Tsusho Crop. Itaqui is Brazil's closest deepwater port to the Panama Canal, and has for years relied on grains to boost shipping volumes.
In 2019, Brazil exported 8.1 million tonnes of soybeans and 3 million tonnes of corn from Itaqui, according to port data. About 60% of the grains exported out of Itaqui arrive by rail and 40% by road, an advantage given the poor state of some local roads that sometimes are the only way to get export cargo to port. "We are a grains port and are making expansions. Volumes have been good, above forecast," Lago said.

30 JAN 2020
The Maranhão Grain Terminal (Tegram) will have a new phase inaugurated between May and June, which should increase the grain handling capacity (soy, corn and bran) in the port to 17 million tons - in 2019, 10 million tons were exported.