Conclusion of BR-163 will intensify one of the Ministry of Infrastructure's strategic set ports  (December 05, 2019)

Vinicius Brandão
Every day, lines of trucks occupy kilometers of the Itaituba roads, in Pará. Among the trucks, tons of cargo await their turn to the port of Miritituba, which flows to six states in the North and Northeast. What makes the city a fundamental point of Arco Norte, group of strategic ports of the Ministry of Infrastructure project.

In all, there are ten ports, but Miritituba stands out for allowing the distribution of grain produced in the Midwest to be passed from trucks and trains to ships. River transport allows freight savings of up to 40% compared to ports in the South and Southeast, which can only be made by trailer.
Just as the Arco Norte can be the door for Brazilian grains to advance in the world, the BR-163 is the solution to increased profits. With the paving completed on November 28 this year, the highway becomes the best connection of Midwest producers with the ports that ship the product. "The logistics of the flow of grain harvest from Mato Grosso to the port of Miritituba (PA) is a bottleneck in the infrastructure of the country," says the minister of infrastructure, Tarcísio de Freitas.
​

​Previously, the lack of asphalt in parts of the northern region, where it is constantly raining, has turned the highway into a quagmire for heavy vehicles. At the time of great production, Itaituba was the entry of 700 to 1300 trailers per day. “These disorders were still worthwhile for the municipality. The development of our waterway has created many jobs in Itaituba, ”explains Antonio Kaiser, the city's Secretary of Agriculture and Supply.

Kaiser says services that cater to truck drivers and local families have multiplied profits. Borrowers, inns, restaurants, markets, and even laundry shops had income growth with the circulation of trucks.
​
KEY PROJECT 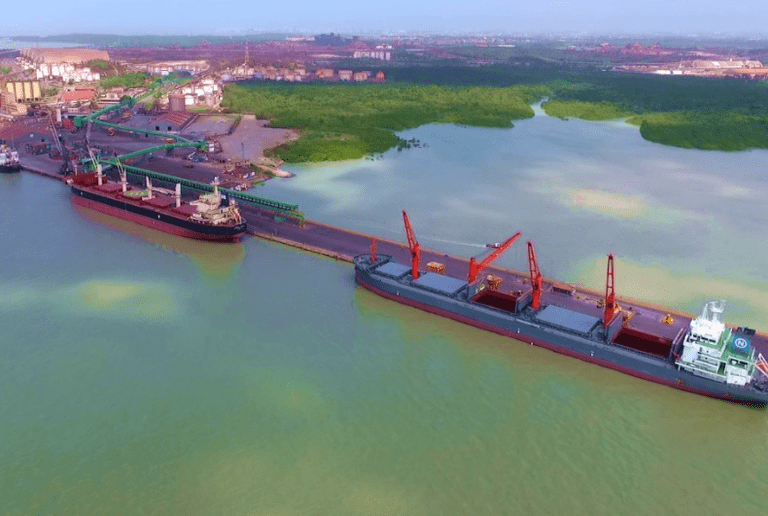 Currently, Brazil exports 40% of the approximately 367 million tons of soy produced in the world. The data are from the director of the National Waterway Transportation Agency (Antaq). Brazil is estimated to produce 215 million tons: soybean (115 million) and corn (99,984 million) grain in 2019. And the trend is to increase production.

Calculations by Dutch finance company Rabobank predict global soybean consumption to rise to 415 million by the 2028/29 crop, with approximately half of this production supplied by Brazil. To enable these economic advances, the North Arc must export from ports in the Amapá, Amazonas, Bahia, Maranhão, Pará and Rondônia states. ​​
Receive these important Ag News items from Kory by signing up for his Newsletter Service